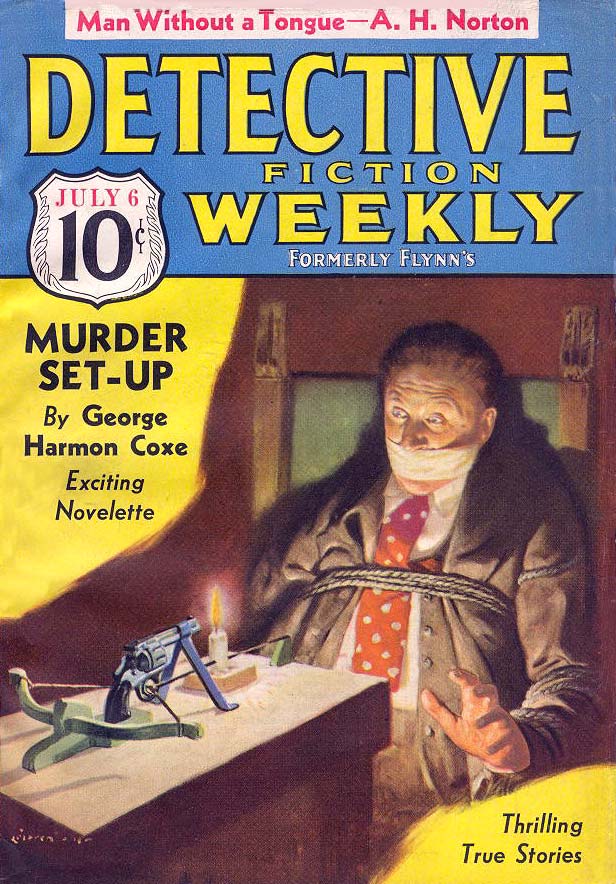 When you roll Flashlights or Smokes in The Cthulhu Hack, you’re checking to see if the investigator taxes their resources in discovering something key about the situation. When they throw a 1 or 2, they have pushed themselves too far, but they haven’t failed. Whatever they roll, they discover something new and vital in the progress toward their goal.

However, what if getting the clue isn’t that easy? What would happen then?

Well, there lies the Threat.

soon they found the passage came to an abrupt stop. He pulled the obstacle away & to his dismay water rushed in in torrents. John was an expert swimmer & long breathede. He had just taken a breath, so he tried to rise but with the box & his sister he found it quite impossible…

A Threat lies between the Investigator and their success – and it means getting the clues might be harder or it could even mean that someone else gets there first. In the Indiana Jones movies, it means the evil archaeologist managed to wrest the artefact from Indy’s hands – surrounding him with natives in the jungle, or capturing a key contact in the city and spiriting them away in the back of a van.

To take an example from Lovecraft, consider The Haunter of the Dark.

Mechanically, Robert Blake’s first visit to Federal Hill to visit the brooding church on the summit could have been hindered by the Italian locals knowing best about his well being or the bewildering geography of the hill itself. These would hinder him with what amounts to a social or intellectual conflict.

In this case, a CHA Save failed might generate damage – of a significant, but neither fatal nor permanent kind – and if the number reaches or exceeds his hit points, the threat overcomes him. Perhaps Blake stumbles away from the area overcome by the dark looks and worrying stories from the deeply religious and protective residents of the hill.

Flashlights and Smokes would have got him clues, but the Italians weren’t interested in talking. They’re scared of the church, but they’re the defacto protectors and feel they need to turn people away.

Federal Hill’s geography could work in a similar way. The GM might call for a WIS Save to navigate the streets – and again, might choose to inflict hit points. When they drop HP to zero, Blake becomes so confused and frustrated he wanders back to his lodgings disheartened.

Maybe the locals secure the gates with a better padlock in the meantime or inform the Police of their concerns about the building – and they have an extra office patrolling the place. The delay means that a return becomes much harder; the clues might even be gone when they get there, spirited away into secure storage or carted off to the City Morgue.

Most roleplaying games have attributes or characteristics that denote the physical, mental and social talents of the characters. In many, these map precisely to those used in The Cthulhu Hack. However, Saves are not the same as Attibutes.

In other games, attributes serve a broader purpose because they deal with what a character can or can’t do. Can they break the door down? Can they spot a distant figure? Will they persuade the king to match their number with his guardsmen? You roll against the numbers and hope to get a positive result.

In The Cthulhu Hack, if you were in any of these situation outlined above, the situation would need a positive and negative outcome. If the character doesn’t break down the door, will the cultists get away or will they become someone’s prisoner? If they don’t spot the distant figure, will they become the target of a falsified manhunt or discover the tomb missing a key artefact? Were they to fail to persuade the king, would he imprison them for their impertinence or leave them sorely underresourced against the massed ranks of the evil sect?

A poor test against an attribute might simply block the way ahead. In The Cthulhu Hack, the cost of success or failure on a Save should appear more clear cut – though the ripples that follow might appear less focussed in their repercussions on a fail.

A Threat doesn’t need to mean combat. It does mean an obstacle to progress – whether a barrier, imprisonment, stern warning, or perhaps legal intervention. It should wear the character down or stop them in their tracks – and as they stand helpless, the enemy gets away, the locals stop talking, or the artefact slips out of their grasp. Not unsurmountable, the Threat ramps up the challenge, without whittling away at precious resources; at least, not directly.