I cannot believe that 2018 whisked by so fast. Where did the time go?

The Dark Brood released earlier this year had been selling well. The core books have had a cover refresh and as stock depletes I’ll phase those in to general sales.

The upcoming supplement of three adventures, tentatively named Mother’s Love, will be released early next year. Illustrations are in progress; all crafts have been submitted by the authors and commented upon, with playtesting at various venues. I think it’s progressing well and the investigations have been fun to run.

Another supplement, again aiming for early 2019, takes Cthulhu Hack to the stars. The Dark of the Moon will include new mechanics, character detail and at least two adventures.

On the non-Cthulhu front, progress continues with The Dee Sanction. The core game will also appear early next year, I suspect. Occult investigation in Elizabethan Europe, its gestation has weathered 5 years… It’ll get there in the end.

After a great session at Heffer’s Bookshop in Cambridge, next outing for Just Crunch will be Dragonmeet. I’ll have box sets, books and the GM Screen, and look forward to seeing you come December. 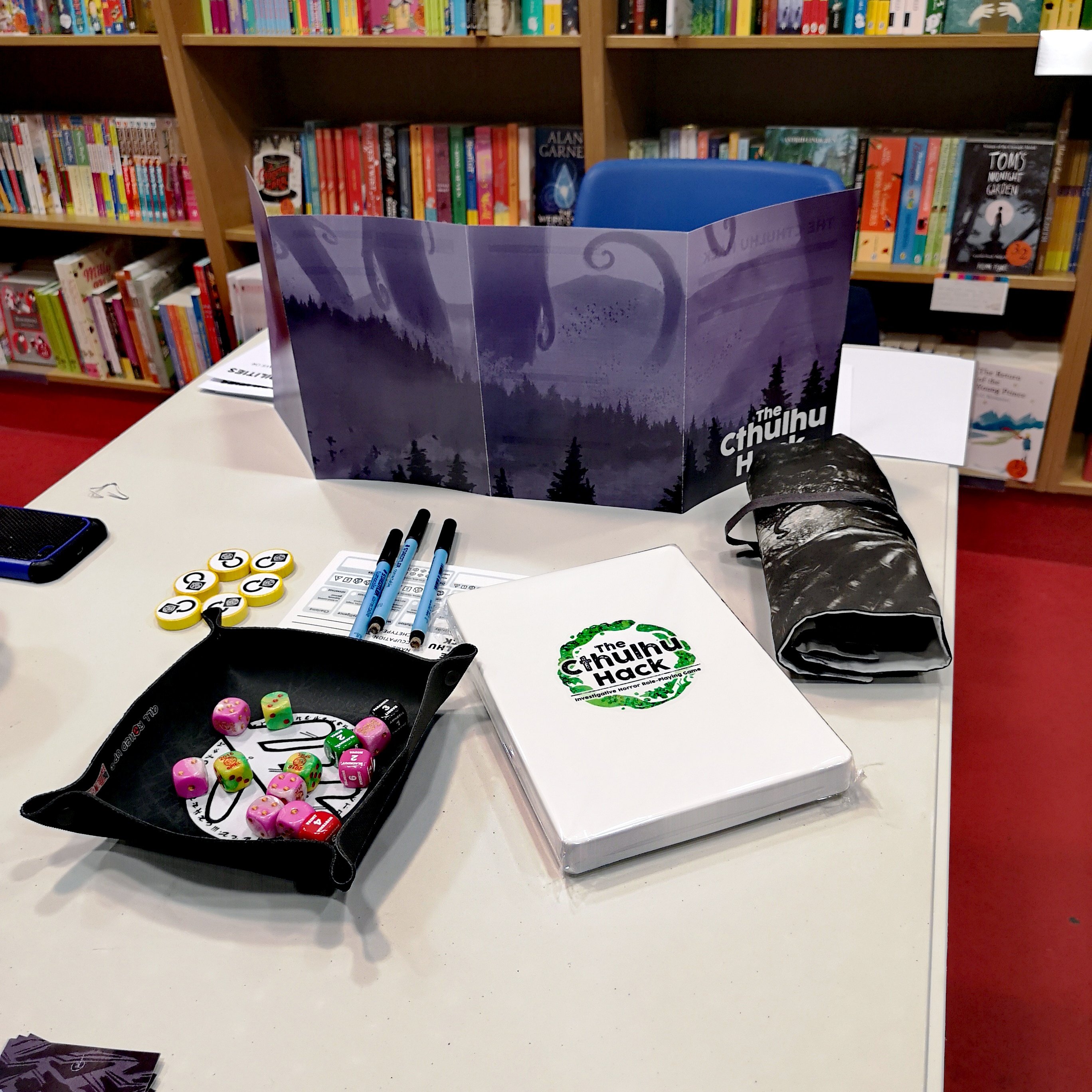