For those attending the big event (in less than a fortnight’s time), I will have all The Cthulhu Hack books with plenty of ‘new’ and new stuff. There’ll be:

I’ll have white and black slim boxes (£25, three core books + character cards) and black or opaque deep boxes (£45, all the books books). I’ll also have Cthulhu themed All Rolled Up, dice trays, Insanity Dice (an updated design), and Cthulhoid dry-wipe counters. Probably other things that I have forgotten… all at booth 1-J26.

Who would have imagined that this spin-off from The Black Hack would be here to start a third year of publication?!

Hope to see many of you there.

That yellow block is where I am, with the main entrance into the hall at the bottom of that wide, white block in the middle. The red circle is the glorious Inked Adventures – and I’m on the other side of that yellow block, bottom right. 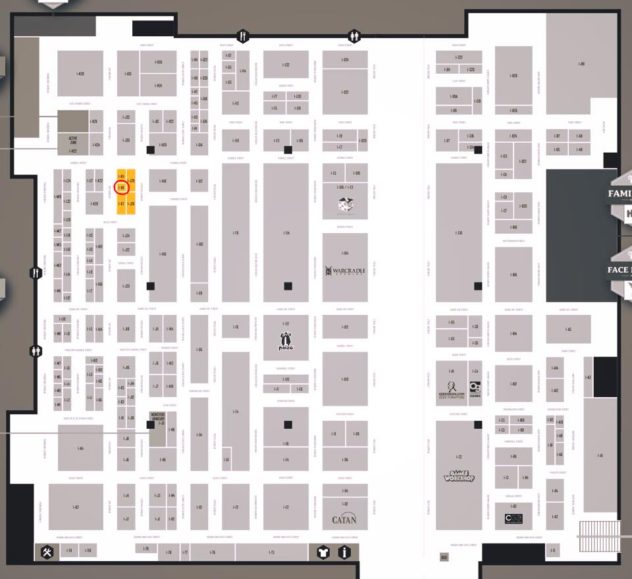