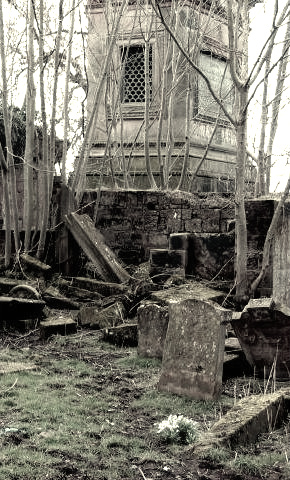 While clearly named The Cthulhu Hack, in honour of the dread Old One, the nature of the Hack means you can handle any investigation using the system’s associated mechanics. Both Smokes and Flashlights serve as a medium for a little luck, a bit of insight and a knack for finding the half-hidden or forgotten.

Like the investigators in a US procedural or a British Christie-style murder mystery, the Cthulhu Hack‘s investigation rules give essential clues mixed with the tension of a dwindling pool. In a non-Mythos game, you could swap out Sanity for Fatigue or Stress – they all stem from the same source, but Sanity has a strong connection with certain types of game.

There’s also nothing stopping you from folding the idea back into The Black Hack or one of the other derivatives – or using The Cthulhu Hack system with fantasy or sci-fi trappings. The Career Paths might need a tweak and you’ll need to improvise the equipment list a bit – but you could also just co-opt that sort of thing from a favoured setting.

Take the Shadow of the Demon Lord, for example. The recently released adventure Blood Will Run involves the characters investigating the disappearance of twin boys in a small village. Stereotypical genre tropes can get the investigators on board, with a letter from their uncle, a newspaper cutting or some other tenuous association with the settlement.

Before running the session, the GM needs to read through the adventure – and I would recommend printing it out and have two colours of highlighter to hand. Three if you can manage.

As you read through, highlight any sentence where the investigators might:

If you have that third highlighter in hand – mark any instance where the adventure either threatens direct harm or would cause pain, damage, distress or similar. That sounds like either a SAVE or a test of SANITY – in either case, the player will need to roll.

Reading from the beginning, I started making notes, some of which I include below. In reading, if you get any sense of a piece of information, a find, a muttered word or a threat of danger – highlight it!

And so on… I don’t want to spoil the adventure, but you’ll have opportunities to test Sanity and a possible fight or two to keep the Bruisers entertained.

The adventure in this example needs some tweaking to remove fantasy elements – like elves – but the core of an abduction and a stressed out community stands. With little more effort than reading the adventure – and a few highlighters or similar in hand – you have a fresh adventure to add to the stable.