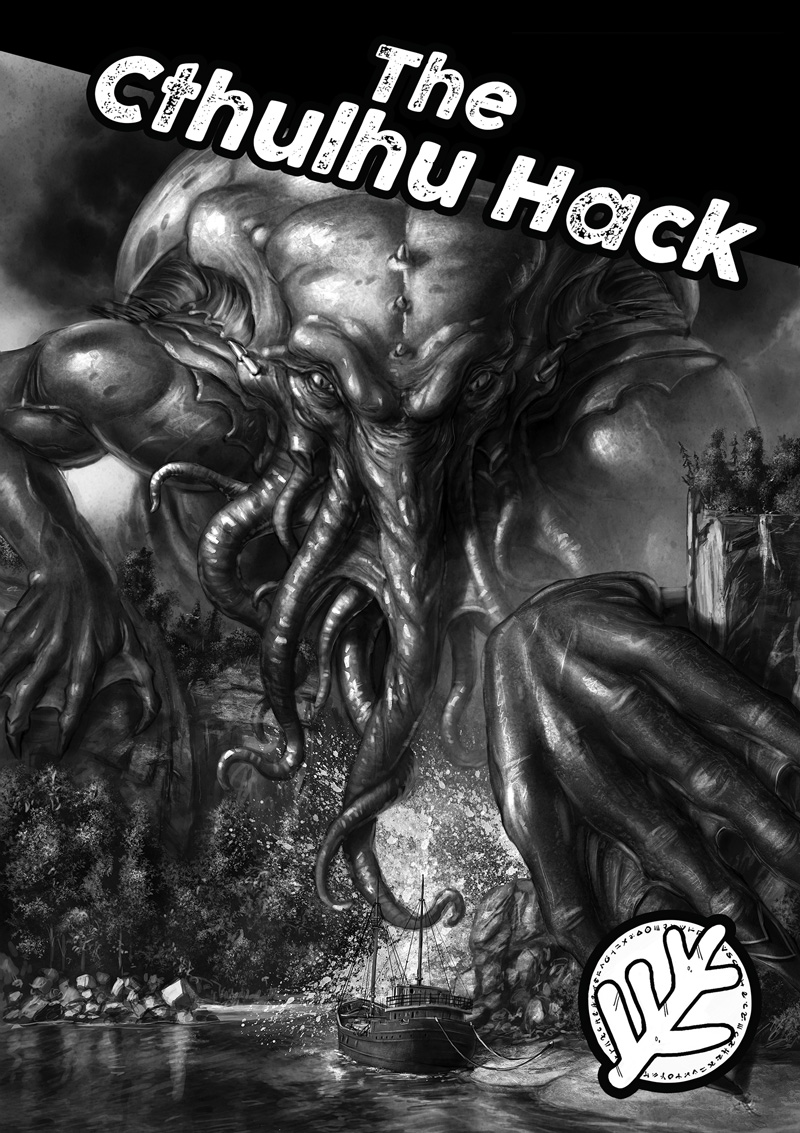 Following the brief review of Tainted Meat (which I ran at Concrete Cow) posted on Department V, I have been giving occasional thought to character stats in The Cthulhu Hack.

I was less keen on the disconnect between the usual OSR six stats, and the Flashlights and Smokes. It’s easy to assume that a high INT character is going to be a top investigator, only to find that really it’s the number of dice you put into Flashlights that matters and INT is kind of irrelevant.

Should ‘stats’ and investigation overlap more thoroughly? It’s a valid question and it’s worth giving a considered answer.

I’m comfortable with what exists – but then I’m also the closest to the topic! I’m not above admitting that it might warrant tweaking. It might even warrant a little constraining, mayhaps dropping a stat or two at some point through the power of conflation. Version 2 might pick that up as a thought.

I had given the stats more thought when I wrote v1.5 of the core rules.

Version 1.5 spends more time than the original making it clear that they’re Saves rather than stats or characteristics – they protect you from harm or hindrance.

You avoid being hypnotised because you’re personality is solid (CHA Save). You escape from the gang chasing you because of your indepth knowledge of Morocco’s marketplace and back alleys (INT Save). You manage to stagger across to the door and open the locking mechanism before you take a gasp of poison tainted air (CON Save).

Yes, a high INT means you’re well educated and a low WIS means you’re dull witted – but, when it comes to the crunch your Investigative Resource tests just how prepared you’ve come to this encounter with the Mythos.

That’s the disconnect. Investigative Resource isn’t driven by the Saves – it shows something else altogether.

You can influence Saves with Investigative Resources and vice versa, in the same way that Occupation aids in meeting challenges. If you have a well-educated character, allow them to discover simple facts without a roll – commonplace book text or similar. If you have a Gameskeeper, they’ll know if an animal moved oddly or was injured from a trail, but the trail itself… It’s all finer detail – but the clues that will pave the way to progress and success always depend on testing your Resources.

A strong Occupational connection to a query or a hard sell from the player on the relevance of a Save might offer Advantage on an Investigative check. In turn, a player can expend Resources to get themselves out of a fix – knowing the tendency of the Model VII to fire short (make a Flashlight roll), the GM allows a Dexterity Save with Advantage.

The GM might also allow automatic success on a Save if the Player offers to burn a Resource – the group manage to get one of the cultists to leave the key on the table and walk away (normally a tough old CHA Save) because one of the player characters realises they attend the same club haviing spotted a special tattoo around the chaps left index finger (burn a Smokes die).

They’re supporting but not utterly intertwined.

As I run the game – or hear reports back from others – The Cthulhu Hack evolves. In time, it might lose all resemblance to the original, while remaining close enough in form and function that it essentially plays the same. I think much of the change has come from emphasis and description – explaining how the moving parts work to propel the game forward. I fully expect more changes to come with the passage of time and the playing of games. Version 2 lies somewhere ahead, veiled in the mists and murk of actual play and game development.