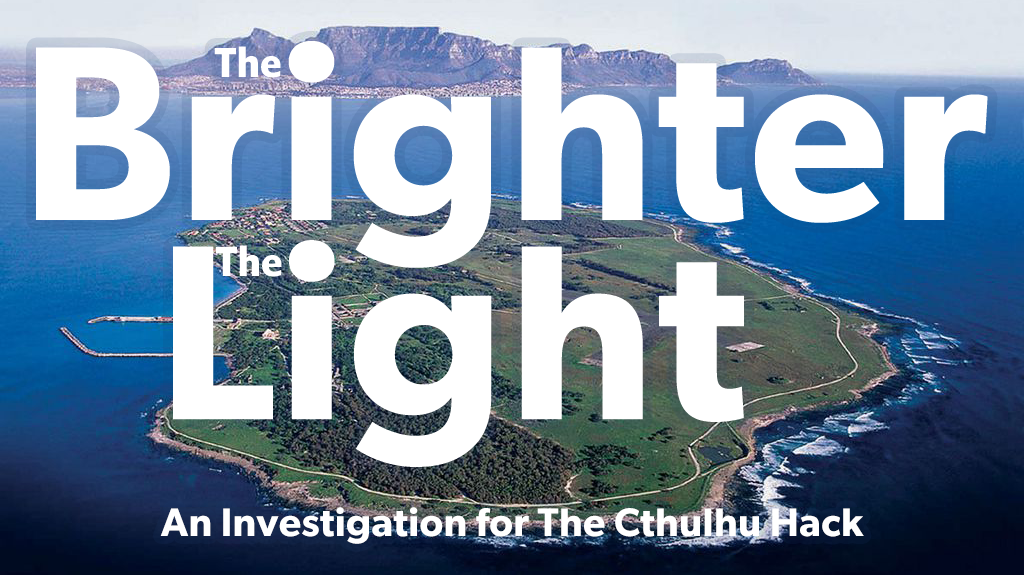 The Brighter the Light has been brewing for a while; an investigation released by community creatives for the Call of Cthulhu system which I took a shine to. I have run this same investigation more than half-a-dozen times, including sessions at Tabletop Scotland, Go Play Manchester, The Kraken and others.

A group of students take advantage of a ferry sinking and Robben Island being temporarily abandoned to have an adventure of their own. Alas, in the midst of a storm, the island isn’t as quiet as they might have hoped. Seeking a way to communicate or travel off of the island become of paramount importance; but, they’re not the only ones in that situation.

Playtesting solidly performed and has folded a lot into the re-write of the original adventure. An agreement has been reached with the original author for the conversion.