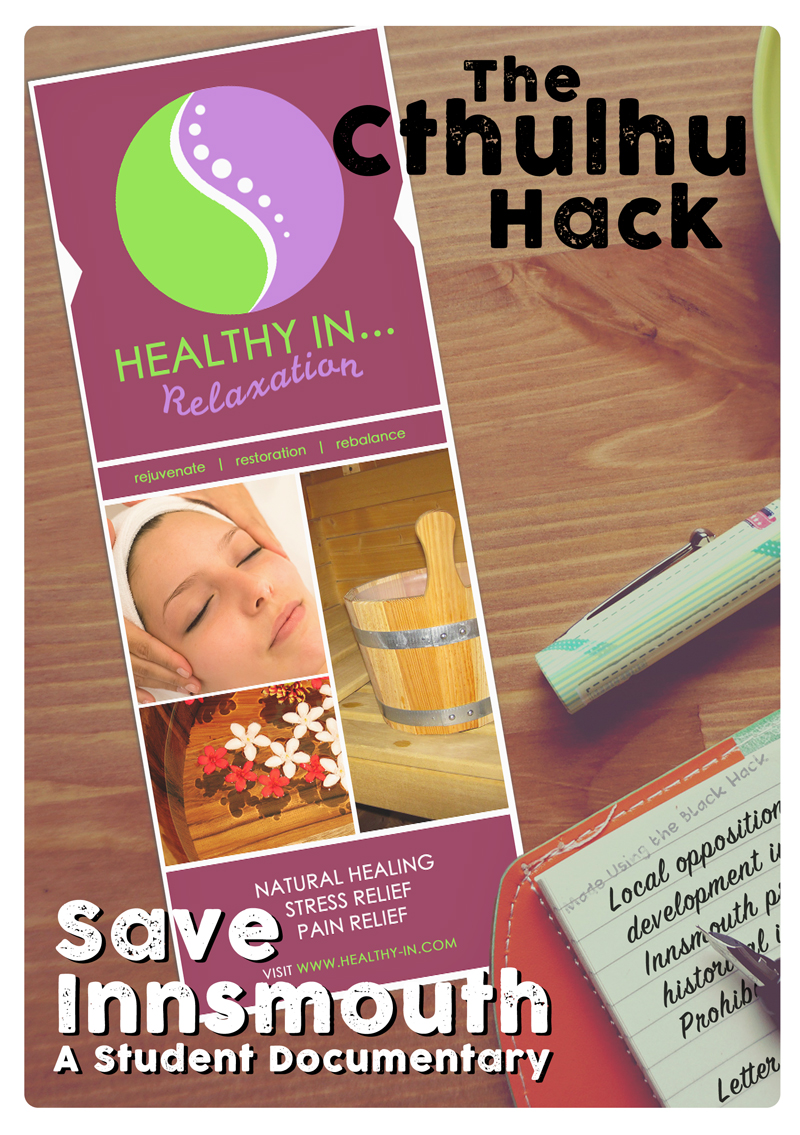 The Whartson Hall Recording group playing Save Innsmouth: Chapter 0 with v1.0 rules and a strong notion of the connection to The Black Hack / Old School style of play (which I feel has lessened a little with the release of The Cthulhu Hack v1.5).

Interesting listening to anyone playing the game. I can run as many playtests and convention sessions as I want, but the real test comes down to hearing, witnessing or experiencing someone else running it.

Everyone will run the game their own way – and Save Innsmouth: Chapter 0 is a vague notion of an adventure, not to be run exactly as written. No one will ever play it exactly as I planned – but, it never was meant to be play to a plan. In the greater scheme of things, Save Innsmouth is a campaign still waiting to be written of which this is a teaser sketched out – in pencil – for a GM to do with what they will.

I’ve run it many, many times now and never once has this simple setup run out the same way.