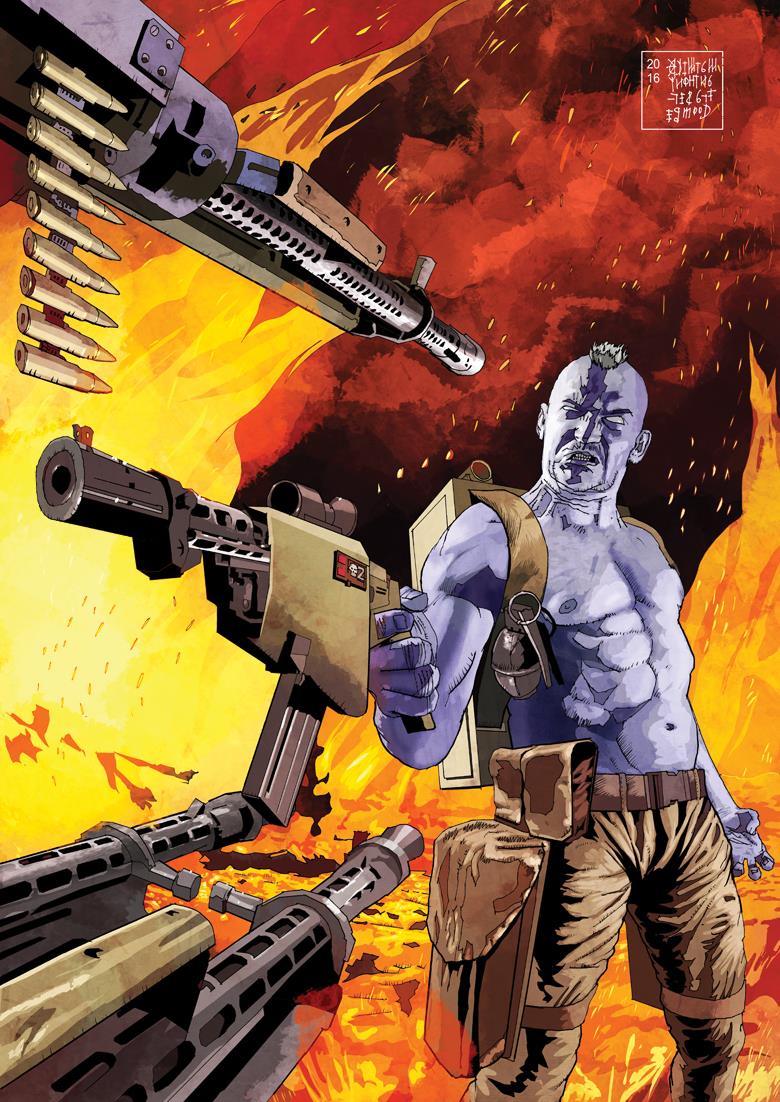 Great to see hacking of The Cthulhu Hack, with Clarky the Cruel running Rogue Trooper: Operation Blue Moon at Mersey Games Knights games day. He’s posted a brief report over on his blog, where @thegrampus notes:

System-wise Hack is just as impressive as I’d hoped. Its fast and intuitive, and the declining resource dice mechanic is perfect for a game that is at heart Survival Horror. It feels like a system designed for convention style games, although i’m not sure how well it would work for campaigns. But for this, its great.

And, I’m not denying the angle of the one-shot for The Cthulhu Hack, as that’s what I generally play. The caveat – which I’m happy to discuss at length at cons or wherever – is that I see games in the Cthulhu Mythos better placed as one-shots with the campaign formed around the overriding threat to the world, rather than the same investigators.

The common thread comes down to journals, notes, letters, videos and other evidence that characters leave in their wake, allowing others to pick up the mantle – effectively, continuing the old trope of receiving a letter from your distant uncle about an artefact he’s left you in his will. Except you’re last character takes the place of the uncle, or your old professor from university, or that sleepless, alcoholic journalist you once shared a drink with.

Nice to see the resource mechanic continuing to evolve, here used to see how long characters can “Stay Frosty” – ultimately losing their edge as the battlefield grinds them down.