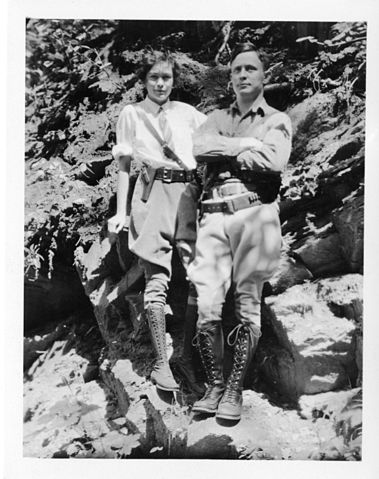 The Cthulhu Hack includes a section on Advantage and Disadvantage that I think warrants a little consideration.

To be clear, Coldplay got this one spot on. Top marks to them.

When you see a character Class offering Advantage on something, it isn’t because the character finds it easy. A character with a Special Feature that offers Advantage does so because they’re prepared. A character’s occupation or background offers them a perspective or a professional appreciation of something that means when they come to try and exercise their skills under pressure, they do so with benefit.

If you, as a GM, believe that a threat is easy to avoid, don’t ask for a roll. To return to the example from the last article about a hole to climb down, if that hole is rough, sloped or has corroded rungs hammered into the side, don’t ask for a roll. It’s easy – so, throwing dice won’t add anything to the experience. Indeed, you may well find that throwing dice breaks the narrative flow. Have the players describe what they do when they reach the hole – and you can add some zest with a description of the distant sound of their adversaries. The hard stuff will be here soon enough to take them down a peg or two.

Now, if the same character were being pursued through the tunnels and they didn’t have any climbing gear or a decent light source — maybe they just have a Zippo lighter — then, yes, that’s a Disadvantage. Unprepared and truly ill-equipped, they absolutely warrant a Disadvantage on their roll. Further to the last article, I think the GM could argue against the scholarly types making that roll with an INT Save, because they don’t have time to ponder the best route down. If they insist on going down that hole in a hurry, in the flickering light of a Zippo without any proper climbing equipment, that’s a DEX Save with Disadvantage and not doubt.

A really zealous player with a mountain climber character might argue, but at best I’d suggest you let her roll a straight DEX Save — any Advantage simply cancelling out the Disadvantage. Otherwise, the cirumstances amount to enough negatives in respect of prep to impact everyone.

As a GM, you should let the players make the call whether they want to risk the climb down or stand and fight. Don’t wait until they’re committed to the foolhardy descent before revealing they’re going to die!

When they make their decision, they’ll have only themselves to blame; next time, they might prepare a bit better before going down any holes in pursuit of the Mythos.

As a GM, just remember that Advantage and Disadvantage relate to preparation. If a task is easy, don’t roll. If it’s really hard, don’t let them roll — tell the player of the antiquarian that if they insist on climbing down a hole in the dark without a rope, they’re going to slip, fall and die. If circumstances are testing — like darkness or high winds — then preparation will determine whether to apply Advantage and Disadvantage.

You can pick up The Cthulhu Hack and a range of adventures and supplements at RPGNow – currently all 30% off as part of the GM Day Sale, until 13th March 2017.