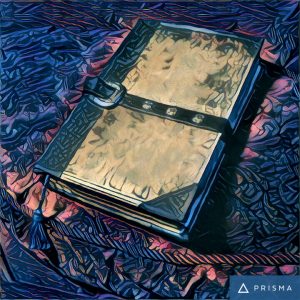 “Non-Euclidean calculus and quantum physics are enough to stretch any brain; and when one mixes them with folklore, and tries to trace a strange background of multi-dimensional reality behind the ghoulish hints of Gothic tales and the wild whispers of the chimney-corner, one can hardly expect to be wholly free from mental tension.”

― H.P. Lovecraft, The Dreams in the Witch House

One thing I aim to do in Unaussprechliche Hack, next year, is to expand upon and loosen the system for handling ‘spells’ and tomes in The Cthulhu Hack. While I appreciate the value of the 0D&D roots that support the simplicity of the game and ease the process of introducing newcomers and old hands to the system, there’s no need for something quite so regimented as levels.

It makes sense in a fantasy setting with focused practitioners to allow them incremental access to ever more powerful magic. On the other hand, investigators in The Cthulhu Hack are as likely to find a treatise on the summoning of extradimensional flying mounts as they are to uncover a margin note on the distraction of the human mind with a simple charm.

(So, for example, characters can get access to an Elder Sign charm in The Haunter of the Dark despite not necessarily meeting level requirements — because circumstances make sense and restrictions exist to stop them overusing it.)

The key to Lovecraftian magic lies in the understanding that science and spellcraft lie side-by-side, strange bedfellows kept apart only by humanities lack of comprehension. Alas, to attain complete understanding and true perception tends to stretch the faculties of the human brain beyond breaking point – thus, the significant negative impact on Sanity suffered in learning even one spell.

Just as we can’t truly grasp the worldview of even the most simple creatures with which we share a common world, the cosmic manifestations of the Mythos possess senses and cognizance far beyond our imagining. In practice, akin to cyphers in Monte Cook’s Numenera, spells used by humanity are just the shadows and smokes given off by much greater and significantly more potent ‘technologies’ or applications of exotic sciences.

We’ll see if I can get that across in the optional rules for spells to come in 2017!