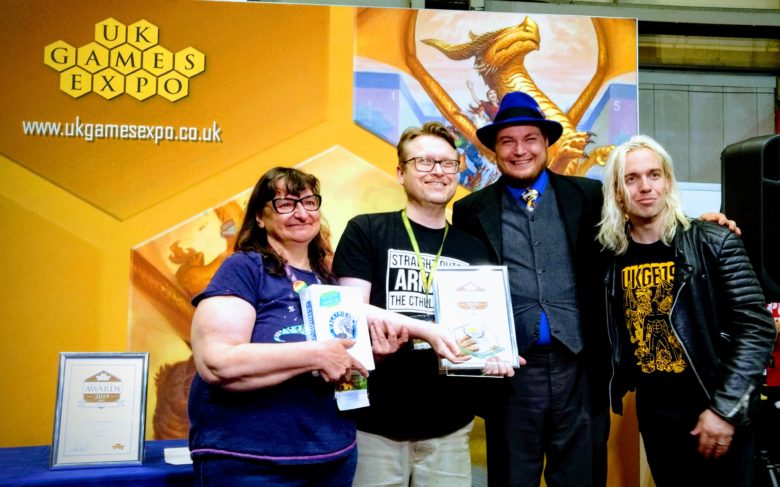 I love conventions anyway, but UK Games Expo offered the double-thrill at the start of June that I got to attend and I was nominated for an award – and that excitement culminated in Valkyrie Nine—one of this year’s releases for Lovecraft-inspired investigative horror role-playing game The Cthulhu Hack—winning an award. Twice.

Short-listed for Best Role-playing Adventure in the run-up to the event, this near-future investigation gathered up both the People’s Choice Award—voted for by visitors using the Expo phone app—and the Judges Award.

You can see the author, me, and All Rolled Up’s owner, Fil Baldowski, receiving the award from Tom Vasel and John Robertson (from The Dark Room).

You can pick up softback copies of Valkyrie Nine from the All Rolled Up web store. You can get the Valkyrie Nine PDF from DriveThruRPG, where it’s 25% off for the next nine days as part of their Christmas in July event (ends when July does).