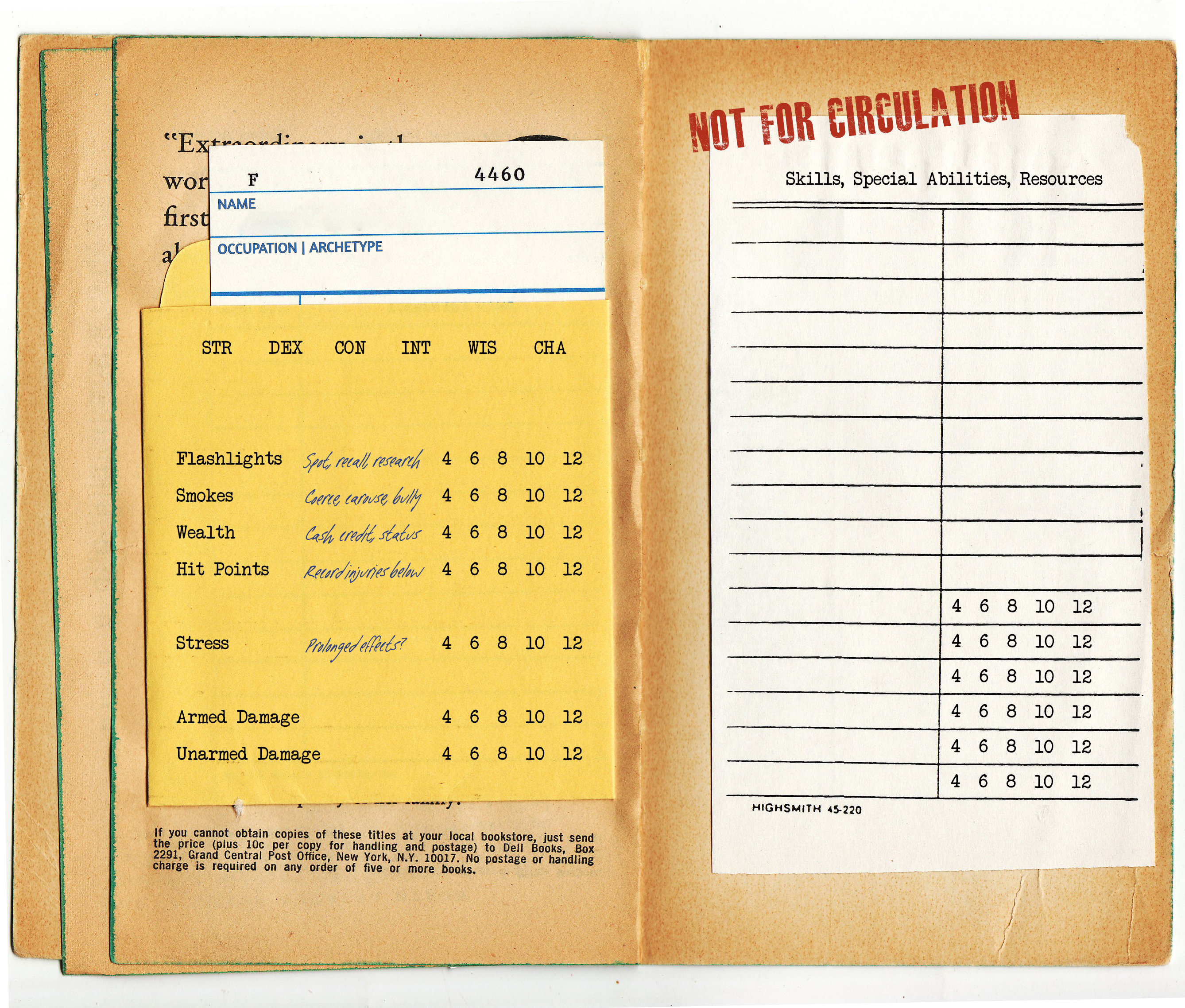 Following a post on Twitter by @jonnywaistcoat about an interest in running the excellent Bookhounds of London using the rules set from The Cthulhu Hack, I couldn’t help but take up the challenge of creating a thematically suitable character sheet. I admit, this partially arose as Jonny had made one himself, but also because last time I ran a game of Bookhounds I had created […]

When I do play testing for The Cthulhu Hack, I often turn to other publishers for their adventures. As I noted in A Call from the Trail, Chaosium and Pelgrane do some good stuff – and it’s pretty easy to convert on the fly. Someone asked whether any conversion rules existed for Call or Trail of Cthulhu. I see fuller consideration of conversion as a much […]

A Call from the Trail

In completing playtesting for The Cthulhu Hack, I made a point of using adventures from other varieties of Cthulhu. Both Chaosium and Pelgrane do Cthulhu rather well. The Cthulhu Hack looks to run Cthulhu, too; it just looks to do them simpler. Both Call and Trail of Cthulhu look to recreate a sense of Lovecraftian horror. Investigators from fairly common occupations get mixed up in […]

Each To Their Own

Last night, at my local gaming group, I ran The Keepers of the Woods – the winner of the RPG Geek One Sheet GUMSHOE adventure contest last year, written for Trail of Cthulhu. The investigators head down to Devon to following up a postcard from Professor Margaret Blackwood and a report of her demise in the road accident. It provided me with the opportunity to […]

Spent Saturday at the town hall in Kensington, London, attending Dragonmeet 2012. Under the Arion Games banner, ran a demo game of Maelstrom Classic Fantasy Tool-Kit with three players – which was unfortunately three short of what I’d hoped. With a full squad of adventurers, the game would have been shorter and less traumatic. I didn’t want to mess with the creature-character balance of the […]