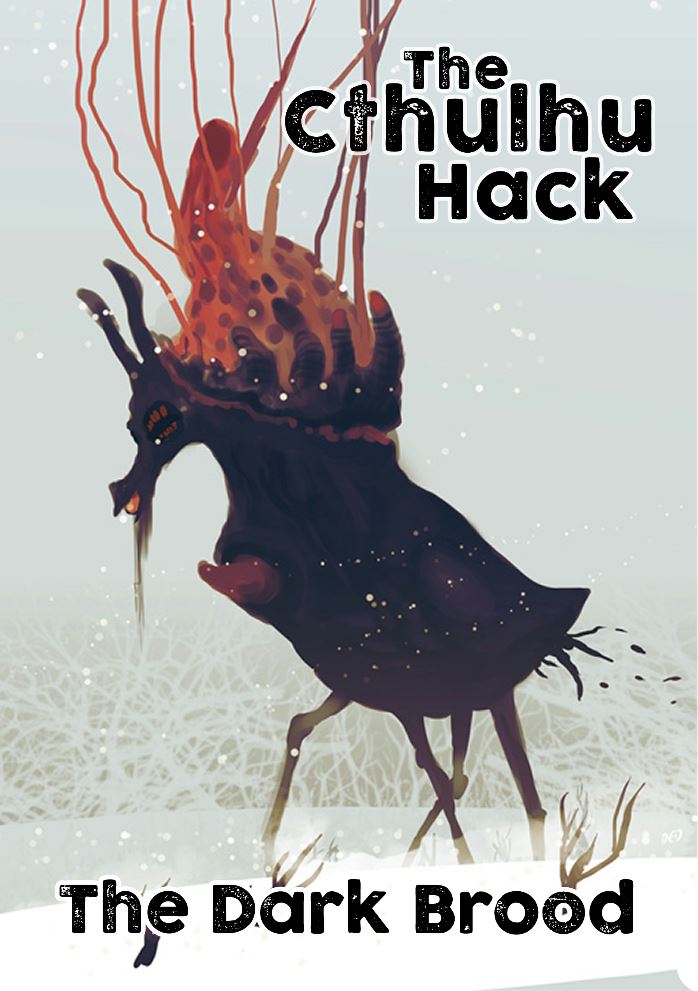 The Dark Brood offers a selection of content that brings the fecundity of Shub-Niggurath front and centre to your game of The Cthulhu Hack; loosing her mindless progeny upon the unsuspecting world. Oddly enough, I started writing this as a basic bestiary entry – perhaps even just a single creature post on this site; in many ways, Mark Chance’s posts over at Spes Magna had got me thinking. Mark had posted a few examples of using From Unformed Realms to create creatures and villains for various game systems – and I wanted to bring some of that home to Just Crunch. However, once I got writing, I couldn’t stop. I had four creatures, then five; then I realised that they had a commonality that seemed a gift for writing more about Shub-Niggurath and its strange influences. Before you know it, I had several thousand words and a cover image!

Written for The Cthulhu Hack, The Dark Brood has the simplicity to allow simple porting to other investigation horror games; alternatively, the creatures and spells – written with the same system as The Black Hack – can be used with any of the many variants of that game system.

The Cthulhu Hack: The Dark Brood is available now through RPGNow and DriveThruRPG for $3.95. Or grab the Unformed Bundle, which includes both The Dark Brood and From Unformed Realms for $6.66.

2 thoughts on “Release The Dark Brood”